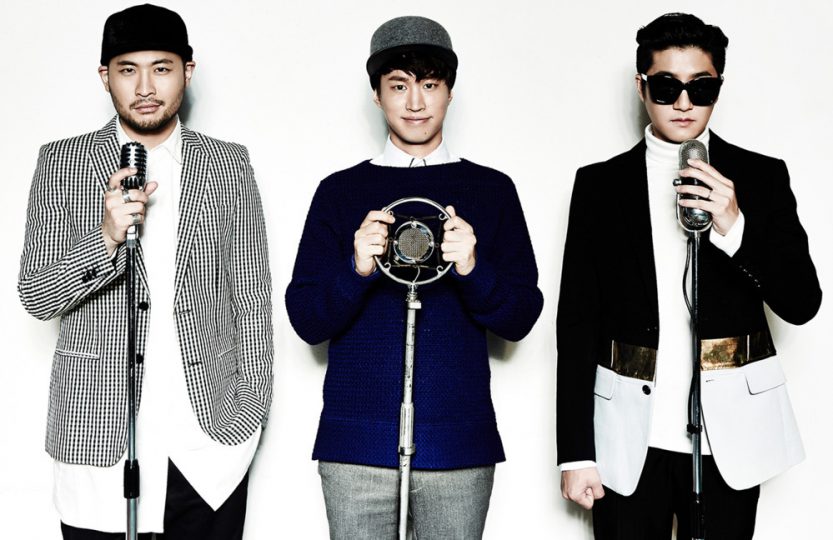 Epik High is a South Korean hip-hop band. It includes Tablo, Mithra Jin and DJ Tukutz. The band has been creating music since 2003 and has many successes. The strength of their work is the amazing texts written mainly by Tablo. You could say that I met Epik High thanks to Tablo. He and his daughter were for some time in the television show “Return of the Superman”, where famous fathers took care of their children (without the help of mothers who left for this time). Tablo and Haru were so charming that I decided to explore Tablo and so I found his band Epik High. I’m not a big fan of hip-hop, but Epik High has extremely melodic choruses. I’ve tried to find video clips that have English translations so you can understand their songs.

The title picture comes from the page https://kprofiles.com/epik-high-profile-facts/

1.Paranoia
I fell in love with this song without knowing what it is. When I found the translation, I had goose bumps. The song tells the story of a man who was drunk, met a girl at the metro station, she got scared of him, fell down and died on the spot. He did not know what to do, so he got on the subway with her body. Another girl noticed him there, terrified by the empty gaze of a dead girl.

3.Scenario (ft. MYK)
A song about how life can be like a movie. There is not always a happy ending.

4.Breakdown Supreme
A great piece. It gives a kick. I do not believe I’m saying it myself, but rap is amazing. The first part of Tablo is sung in English.

5.Pieces of You
This song squeezes tears. Tablo wrote it for his father, whom he loved very much (he died a few years after this song due to illness).

6.Maze ft. Dumbfoundead & MYK (in English)
Life is like a maze.

7.Excuses ft. MYK (in English)
People blame everyone around them and don’t see themselves at fault. They only look for excuses.