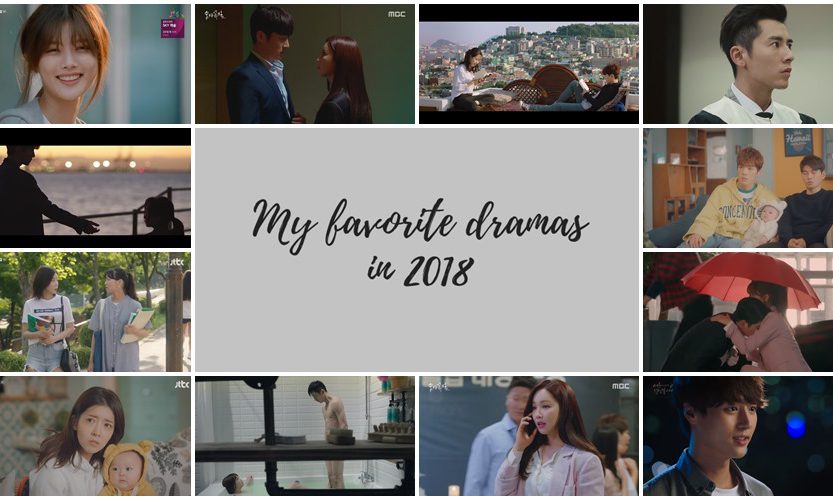 Ke Chen-Yu is an extremely ambitious lawyer who runs a very luxurious life. Unexpectedly, he loses an important murder trial. Accused of fabricating evidence, he is deprived of the right to practice, and the luxury apartment turns into a cheaper one. One evening, he notices a young, mysterious woman in his new apartment. At first he thought she was a ghost. Only after a while it turns out that the girl also lived in this apartment, but 4 months ago. Every day, exactly at 10.06 in the evening, their apartment is suspended between the past and the present. This condition lasts less than an hour, but Ke Chen-Yu wants to use it to go back in time and win the ill-fated trial.
(26 episodes x 60 min.)

I haven’t watched such an interesting drama for a long time. I really like Taiwanese dramas, but halfway it starts to get boring and the end is getting bland. But “Meet Me at 1006” breaks this stereotype. This is probably the best Taiwanese drama I’ve ever watched. I consider the whole idea of combining both realities as very original. Until the end I didn’t know how the whole story would end. All species have been skillfully mixed together. A bit of a crime story, mystery and time travel. The actors also played very well. It was evident that they cooperated very well. This is their second common drama. I was not a fan of Lego Lee, but here I liked him a lot. At the beginning, the main female heroine can slightly irritate, but it is not so disturbing.

P.S. I love the drama’s intro, especially the song.

Ha Moon-Soo and Lee Kang-Doo survived 12 years ago, when a huge shopping center collapsed. He lost his father, and by breaking his leg he had to say goodbye to his dreams of becoming a soccer player. She lost a younger sister in the accident and blames herself for her death. Both live day by day without any hope of improving their fate. They meet by chance on the street, when Ha Moo-Soo helps Lee Kang-Doo after another beating. With time, they find support and understanding in themselves. He teaches her that she doesn’t have to accept her fate, that sometimes she has to shout out her anger. She shows him that his life makes sense, that he must take care of this life and find some goals.

Honestly, only Lee Jun-ho got me to see this drama. I don’t like melodramas, and the title suggests some average love story. Oh, how wrong I was. This drama is a piece of good life history, with beautiful Busan cinematography and an amazing soundtrack. Lee Jun-ho is getting better with every drama, and Won Jin-ah, despite her little acting career, showed that she has a huge talent. They perfectly played young people in love, painfully experienced by fate. In fact, the tragic event of the past left its mark on all the heroes of the drama. Even these seemingly negative characters are actually the victims of this unfortunate accident. The most moving scene for me is a scene that showed what life of our heroes would look like if the accident did not happen. It’s a must-see drama for lovers of melodramas. For me, this drama is perfect in every aspect.
(16 episodes x 60 minutes)

Three young friends run a guest house for tourists in Hawaiian style. Unfortunately, Kang Dong-Goo, Cheon Joon-Ki and Bong-Doo-Sik are not very focused, and this leads to poor business management. The lack of guests and the vision of bankruptcy only worsens the mood of our heroes. Each of them has dreams, but without money for daily expenses they are not able to devote themselves to their passions. One day they give shelter to a single mother with a few months old baby who turns their lives upside down.

This is probably the funniest drama I’ve seen in a few years. I have not laughed so much for a long time. Jokes were not very sophisticated at times, but thanks to a great cast it all made sense. I started this drama mainly because of Kim Jung Hyun, who totally captivated me after the drama “School 2017”. In “Welcome to Waikiki” he proved how good he feels in comedy. Dear little Sol also stole my heart from the first episodes. I really liked the fact that there were a lot of supporting characters throughout the drama, but they were there only for a moment. They did not build too long and deep relationships with the main characters (there were six of them). This drama is a sensational series for bad mood.
(20 episodes x 60 min.)

Woo Seo-Ri is a seventeen-year-old girl who lives with her uncle and aunt after her parents’ death. She is exceptionally musically talented and her biggest dream is to become a famous violinist. Unfortunately, during a bus accident, she falls into a coma for many years. She wakes up unexpectedly and learns that she is 30 years old. Searching for her only relatives she returns to her family home, which is currently owned by Gong Woo-Jin and his nephew. Gong Woo-Jin is a young, but a bit strange set designer who avoids contacts with people. He worries about Woo Seo-Ri and lets her live under the same roof until the girl finds her uncle.
(32 episodes x 30 min)

This is a very nice drama. It shows in a beautiful way that it is never too late to make dreams come true. Sometimes our plans need a small modification to adapt them to the new reality in which we found ourselves. I am full of admiration for the main actors. Shin Hye-Sun sensationally played a clumsy 17-year-old girl trapped in a 30-year-old body. It is not easy, and she was very credible in her role. This was my first drama of Yang Se-Jong. I was charmed by how he managed to create such a very warm and positive character. He is an extremely talented actor. To this day I remember his great role in the drama “DUEL”, which I watched right after the drama “Still 17”.

Kang Mi-Rae is very shy because of her ugliness. Although she is a very good student, other students mock her at school. The desperate girl decides on numerous plastic surgeries that make her a real beauty. New friends at the university admire her extraordinary beauty, but silently point out to her that she is fake. At the new student event, Kang Mi-Rae discovers that there is also Do Kyung-Seok in her group – a handsome and somewhat mysterious boy whom he knows from high school. He, as the only one, knows how she really looked, and Kang Mi-Rae is afraid of discovering this truth the most.
(16 episodes x 60 minutes)

I did not expect this drama to be so innocent and nice. What was extraordinary here is the fact that we have never been able to get to know the ugly face of Kang Mi-Rae. The actress was filmed so that nothing could be seen. We only know her as a beautiful girl who still feels ugly inside, but at the same time she judges people because of their appearance. “My ID is Gangnam Beauty” is another drama that raises the question of beauty and how important it is in Korean society. Every time drama draws attention to the fact that judging the appearance of others is bad, but I have the impression that in the real world nothing changes in this matter. The only person normally thinking in this matter is Do Kyung-Seok, who was able to see the true face of people, not just their outer shell.

Min Chae-Rin is brought up in an orphanage from birth. She is a very ambitious and confident girl who likes to decide for herself about her fate. At the age of 8, she was adopted into a wealthy family who was looking for a companion for a sick daughter, Min Soo-A. From now on, the fate of both girls are tangled forever. Someone kidnaps Min Soo-A one day. Min Chae-Rin becomes the only daughter in the family, but for the following years she lives in the shadow of her missing sister. For the next 20 years, Min Chae-Rin works hard for a family cosmetics company, but despite numerous successes, she still can not get what she wants most – the acceptance and love of loved ones.
(48 episodes x 30 minutes)

“Hide and Seek” is my first makjang drama (literally translated – ridiculous). Such dramas are meant to play strongly on the emotions of the viewers. There are a lot of screaming, crying and fainting here. Events and characters are often exaggerated and not very real. I have never watched this type of production before, but “Hide and Seek” drew me in a lot. In fact, the plot was very crazy and not so real, but the main character captivated me exceptionally. Lee Yu-Ri is a beautiful and amazing actress, and her character was sensational. Strong, ambitious, unbending and clever. This girl was able to do anything to save the company and family. Moon duo was also great characters. negative heroes, but in a slightly funny way. With each episode, the action was a little crazy and the situation of the main character was still changing, so it wasn’t boring at all.

7. “Clean with passion for now”

Gil O-Sol is a young, nice girl who has been looking for a good office job for a long time. She spends hours studying, sends innumerable letters of reference, but nobody wants her. Gil O-Sol begins to doubt her skills, and the situation got worse by the fact that she has to pay compensation for the accident she caused. Desperate girl finds a job in a popular cleaning company to pay off her debt. As it turns out later, her young boss, Jang Sun-Gyeol, has mysophobia – fear of dirt. Gil O-Sol is not a person who overly cares about hygiene and appearance, so associating with her becomes a big challenge for Jang Sun-Gyeol.

This drama is not finished yet, but I like it so much that I decided to put it on the list. It’s the perfect romantic comedy to improve your mood. The characters are not complicated, the humor is very nice and the actors are great. There is nothing revealing here, a young poor girl and a young rich boy who do not like each other at first, but eventually they fall in love with each other. Throughout the surrounding pink (characteristic of the cleaning staff) the whole drama seems very sweet and cute, like cotton candy. I am curious how the action will go on, but I assume nothing extraordinary and revealing will happen here.
(16 episodes x 60 mninutes)