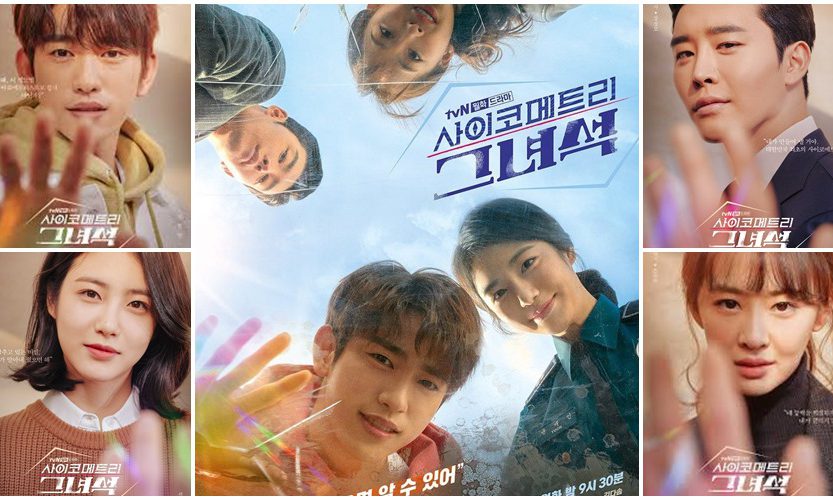 At the age of 8, Lee Ahn loses his parents in a great fire. Miraculously rescued, the boy discovers new and unusual skills. When he touches another person or an object, he can read memories associated with them. At first he does not understand his new powers, but as a teenager, he is going to use this to catch criminals. Thanks to this, he wants to help his adopted brother (prosecutor) and friend (policewoman) who always helped him in difficult situations. One day at school, a new girl appears, an extremely bright Joon Jae-In, who at all costs tries to hide her true identity. Despite the difficult beginnings, a thread of understanding is born between her and Ahn. I must admit that I wasn’t interested in this drama at all, until I read many good opinions on the Internet. I started to watch it as all episodes were available, so I could afford a weekend marathon. I sucked up the first few episodes in a flash. The series begins lightly and comically, but with each episode there are more and more mysterious, difficult to explain situations. The atmosphere thickens, the tension increases, and the series gets really dark. The cast deserves huge applause. Even the smallest roles have been greatly portrayed. A pair of young and unknown actors, Jin Young and Shin Ye-Eun, gave a sensational show of skill. I had some fears, when I found out that the main role was entrusted to an inexperienced k-pop idol, but I was surprised myself how much I liked his Lee Ahn. He is such a sweet, naughty boy. He doesn’,t have too much ambition. All he wants is to strengthen his powers to seek justice for victims of unexplained murders. According to his brother, the only person, who can help him in this, is an ambitious and seemingly strong Joon Jae-In. From the beginning there are sparks between her and Ahn, but her deeply hidden mystery puts a shadow on their relationship. My unquestionable favorite in this series is the extraordinary character of Kang Sung-Mo played by Kim Kwon. From the beginning of the series Sung-Mo is extremely mysterious, especially since Ahn can’t read him. He is a sober-minded, perfect legal man and older brother, philanthropist and good friend of policewoman Eun Ji Soo (a wonderful character). Together with her, Joon Jae-In and Ahn, they created an efficient team to solve an unexplained case from many years ago, that affects each of them personally. Honestly, I wasn’t mentally ready for what writers were preparing for Sung-Mo. The end surprised me a lot, but I liked it very much. I did not expect that the fate of our heroes would be so twisted. Many viewers were very disappointed with this ending, but I think that thanks to this, drama gained some deeper meaning. Real life can be very painful, unpredictable and difficult to understand. People are not just black or white, good or bad, and this drama showed it. Man is only a man, sometimes makes bad decisions and must suffer the consequences.

I recommend this drama to people who like surprising twists and emotional rollercoaster. It is worth to watch this series especially for the wonderful characters and unique relationships that they managed to build. We will find here a wonderful bromance between adopted brothers, a great friendship that gives support in the most difficult moments, and also a sweet romance between young people.