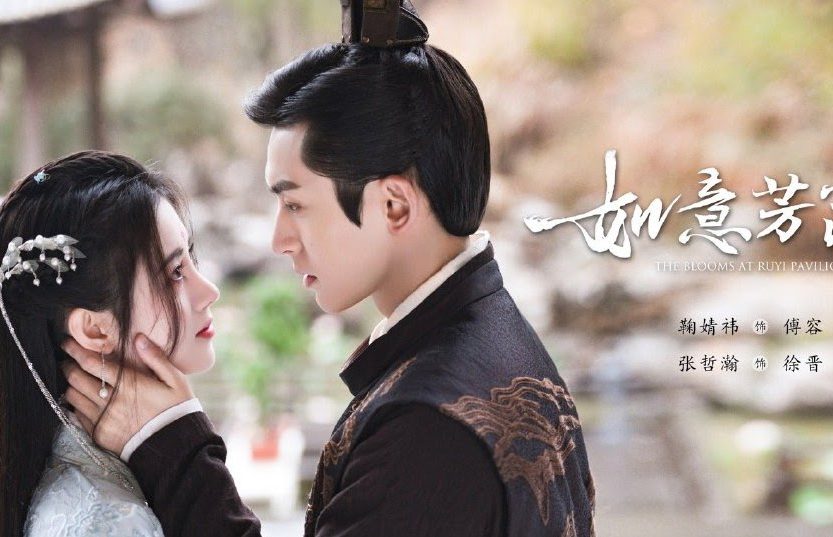 I must admit that I was waiting for this drama. After watching the drama “Legend of Yun Xi”, I was a bit unsatisfied. The ending is not fully explained, but the good people on the Internet have explained how the story unfolded in the novel and my heart was satisfied. I really liked the actors who played in this drama and when I saw that most of them would play in “The Bloom at Ruyi Pawilion” I was delighted. The best part is that (apart from the main couple) the rest of the actors play completely different characters.

I love the main character’s sister and her handsome, feisty admirer – the boy has that something about him. This is my favorite couple. It sparks, and I like that. I liked the main couple better in Legend of Yun Xi, but it’s not bad. The chemistry between the actors is still there and it is the most important thing. I like the styling of the main character ( Fu Rong) who looks like a fairy with all these ornaments in her hair. It looks like a character straight out of the anime. At the beginning, I had a big problem with the main character (Prince Su), played by Zhang Zhehan. His character was confusingly similar to Long Fe Ye from “Legend of Yun Xi,” whose seriousness and restraint I adored. In this new drama, I wasn’t convinced by such an attitude. Something was missing here. But the further into the drama, the better. Prince Su smiles much more, and in the case of Zhang Zhehan it is honey for the heart.

The funniest thing is that it’s hard to say in short what the drama is about. There is some secret organization, some dirty business and our main character, who is still getting into some trouble. I read a lot of descriptions of this drama, but nothing really matched. Maybe that’s a good thing, it will be a bigger surprise for me. However, I hope for a better and clearer ending. I watch the episodes from start to finish, which is really rare for me when it comes to Chinese costume drama. Mostly I skip the political scenes, but there isn’t much of it here. I like the drama and I will definitely watch it.

The Blooms at Ruyi Pavilion