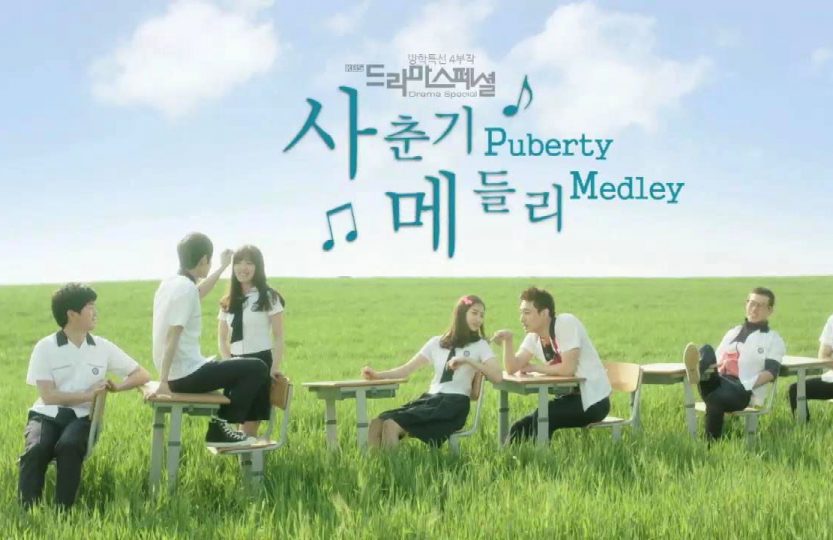 Choi Jung Woo returns with memories to his school years and first love. Due to his father’s work his family is still moving and he changes schools. After several times, he realized that it was best not to be friends with anyone and generally live a quiet life. At the new school unfortunately nothing goes according to his standard plan. While waiting for a quick move to Seoul Choi Jung Woo enters into a relationship with a girl he doesn’t like at all, starts a fight with school legend “Brown Bear”, and attend a music competition that no one wanted to. This short drama (only 4 episodes) I will remember for the rest of my life, because for a few hours I forgot about the horrible pain of the sinuses that tormented me at that time. It helped me to survive the time between the painkillers, without it I thought I would die. I found this title by accident on You Tube in the KBS Drama Special. I remembered the main actor, Dong Yun, from another school drama “The Flatterer”. I just loved this crazy series and this actor attracts my attention. He has something magnetic. In both dramas he played a newly transferred student who must survive in a new school, but that is probably the only resemblance between the two. Choi Jung Woo, whom he plays here, is very average teenager, he is not perfect and has his own faults. He doesn’t always do the right thing, but he is trying. All of us could be him. The main girl, however, is a bit restrained in showing the feelings. She’s a good girl, a smart class president, but slightly stiff. I must admit that “Adolescence medley” is one of the best school dramas that I have had the opportunity to watch. The story tells in a very simple way about ordinary teenagers living somewhere far away in the countryside, about their school and family problems, about their first innocent love. The great advantage of this drama is the place where it was filmed. Beautiful views, peace and quiet. Big change from always filmed Seoul. For school stories fans a definite must watch drama.

1.A nice, straightforward story with no surprises and unnecessary twists.
2.At least three handsome young actors!
3.Beautiful visual side of the drama.

1.I do not understand why the grown-up Choi Jung Woo was played by another actor since the rest of the actors were the same.