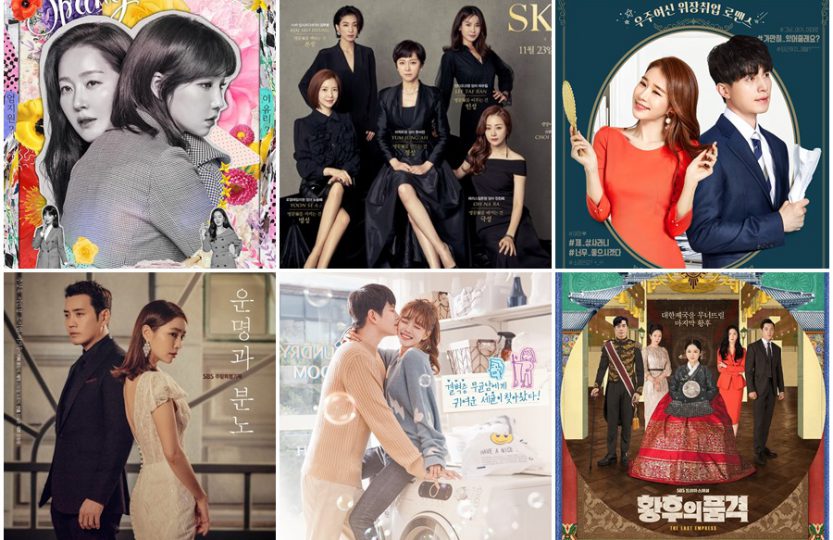 At the beginning, I didn’t like this drama, but with each episode the plot drew me more and more. After watching the last episode, it looks like the main heroes were Oh Sunny and the Emperor. Na Wang Shik became more of a supporting character. I am glad that no romantic thread was built between him and the Empress. Unfortunately, due to the absence of Choi Jin-Hyuk, the story of this character hasn’t been completely finished. The Emperor is certainly the biggest winner of this drama. He was amazing. He aroused in me all possible feelings. I started with hatred, then I felt sorry for him and ended with great sadness and compassion. At his last moments, I was moved the most. “The Last Empress” is a drama full of secrets, unexpected twists and a bit of nice humor. Clean With Passion for Now

This drama will remain my pill of happiness for a long time. In those long, gray, winter days it gave me what I needed – a lot of positive energy. The last episodes were definitely more serious and sad, but the ending was very nice. Something like that was missing in “Cheese in The Trap”. The main pair of actors played their roles well, and the BTS videos from their drama work gave me even more sweet moments. Unfortunately, I was very disappointed in this drama. The action dragged on mercilessly, and between the main characters I didn’t see any chemistry. The main actress still had such a strange face, as if she didn’t know what was going on. I stopped watching in the middle of the series and watched only the last two episodes to see how it all ended. In my opinion, it is a waste of time for this drama. I started watching this drama because of Lee Yu-Ri. I loved her character in the drama “Hide and Seek”. She is amazing in playing strong and independent women. In the drama “Spring Turns To Spring” two women with totally different characters change bodies several times. To make it funny, they never know when it will happen. I must say, that I am impressed by the two actresses. Each of them has two characters to play and it worked out sensationally. I wonder how the action will go on, because their secret is getting out of control. This is a very good drama with record high viewership. It is very addictive. I’m trying to catch up, but I’m only halfway through the series. Now I’m watching the episodes where Kim Hya-Na goes into a specific action, so the atmosphere thickens. This series shows that child education in Korea is a brutal game where parents play with private teachers and children are the biggest losers. I must admit that I was bored with the first episode. The main heroine irritated me with her naivety and stupidity. I read a few comments that the drama is getting more interesting and it is worth watching. On the Internet, good souls encourage me not to give up and give this drama a second chance. As soon as I find time, I will watch two more episodes.