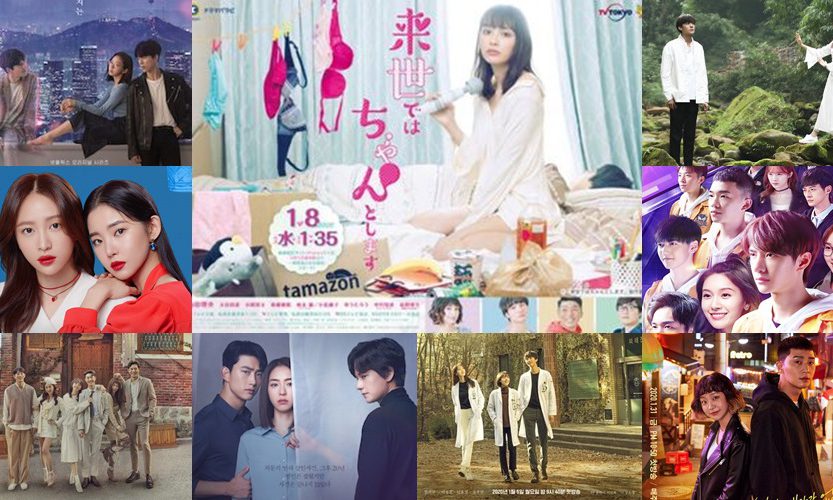 I didn’t watch the first season because I don’t like medical dramas. On the scenes where the details of the operation can be seen, I turn my head. I almost faint at the thought of a scalpel. I watch the second season mainly for actors. I really like Lee Sung-Kyung, and Ahn Hyo-Seop is such a candy for the eyes, especially without a shirt. I love the whole Doldam team, and most of the nurse Ms. Oh. I have the impression that she rules there. 2.The Game: Towards Zero (Korean)

I’m a loyal fan of Ok Taecyeon, so for him I mainly watch this drama. It’s an interesting story, but a bit chaotic. I don’t know where it is going, but I will definitely watch it. I like the atmosphere and the mysterious past of the main characters. We really don’t know anything about them. This drama is a must watch. She interested me from the first episode. This is a great story with very talented actors. The action begins to get more and more addictive. I am eagerly waiting for Sae-Ro-Yi to reach his goal. I will support him. After watching the 4th episode, I’m pretty sure that the main female heroines will fight with each other. I can’t wait because both are strong personalities and neither of them likes to let go. Cool youth story with nice fight scenes. I like when a girl kicks men’s asses. You won’t miss it here. You can see that the main actors lack experience, but on the screen they form a sweet pair. It’s nice to watch. A drama in the world of e-sport. This is my first drama of this type. It was nice to see how this world looks from the inside. I like the relationship between Ji Xiang Kong and Qiu Ying. Their feeling matured for a long time, but thanks to that it became strong. Drama shows very well that failure is not the end of the road. I like the stubbornness of the main characters in the pursuit of the goal and the fact that they do not give up. This drama has many threads, but I only follow the thread about Geum Bak-Ha and Na Hae-Joon. I love Kwak Dong-Yeon and I really like him as the rich heir to fortune who loved an ordinary girl with a child. I love the scenes when he looks after a child – overwhelming sweetness. I like the atmosphere of this drama. I feel this amazing girl power in this drama. Yoon Na Na and Lee Roo Mi have very good chemistry. Once friends, now enemies. The drama action revolves around various types of betrayals and how girls deal with it. 8.I Will Do It In The Next Life (Raise de wa Chanto Shimasu), (Japanese)

A very specific drama. It tells the story of the sexual dilemmas of several employees of one company. The main character has 5 guys with whom she has sex. Her friend is passionate about male gay sex, and another colleague is only interested in virgins. There are many such stories in this Japanese drama. After the first episode, I was shocked that this drama talks so lightly about sex, but with the third episode nothing surprised me anymore. I only watched the first 2 episodes and I was already hooked. To be honest, I’m not a big fan of the drama “I’m not a robot” and I had concerns about “My Holo Love”. I am glad that the climate is quite different and there are actors whom I have never seen before. Many people praise this drama, so I hope it will be as interesting to the end as it was at the beginning.

Dramas that I’m watching now Gank Your Heart I Will Do It In The Next Life Itaewon Class My Holo Love Never Twic Romantic Doctor Teacher Kim 2 Sweet Tai Chi The Game: Towards Zero XX