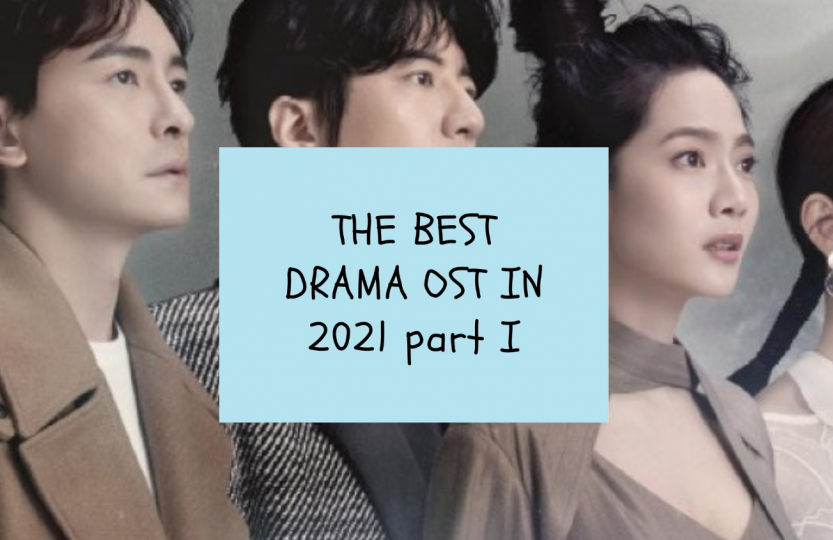 A year ago, I collected about 36 drama songs (all year 2020) that I liked. Unfortunately, I tried to divide them into categories for too long and I finally didn’t manage to publish these posts during the summaries. This year I won’t make that mistake, especially since I haven’t watched too many dramas and only less than 20 tracks stole my heart. I divided the whole list of my favorite OSTs into two parts. The music list from 2021 includes two songs that have two versions (from the drama Veil and Law School). I recommend that you listen to both versions. Seems like a small change, and it makes a significant difference. Today you will get Part One and Part Two a little later. Wish you have a nice listening.

When I wonder which soundtrack is my favorite in 2021, it is definitely OST from the drama “Rainless Love in a Godless Land”. It is the only non-Korean item on the list (Taiwanese) that has a specific magical note. Maybe I’m looking for this magic by force, because the drama itself had such a unique magical atmosphere, but I really urge you to familiarize yourself with these songs.

In second place are two amazing songs from the drama “My Name”. Both perfectly reflect the drama itself and I love both. The list also includes one instrumental track that appears at the beginning of the drama “River Where The Moon Rises”. When I listen to this, I always have chills on my back and in my imagination the brave Kim So Hyun. The first part ends with songs from the drama “The Great Shaman Ga Doo Shim”. I really like listening to them because they have such cool energy.

2.Astro Bunny – Be Yours

Drama
RIVER WHERE THE MOON RISES