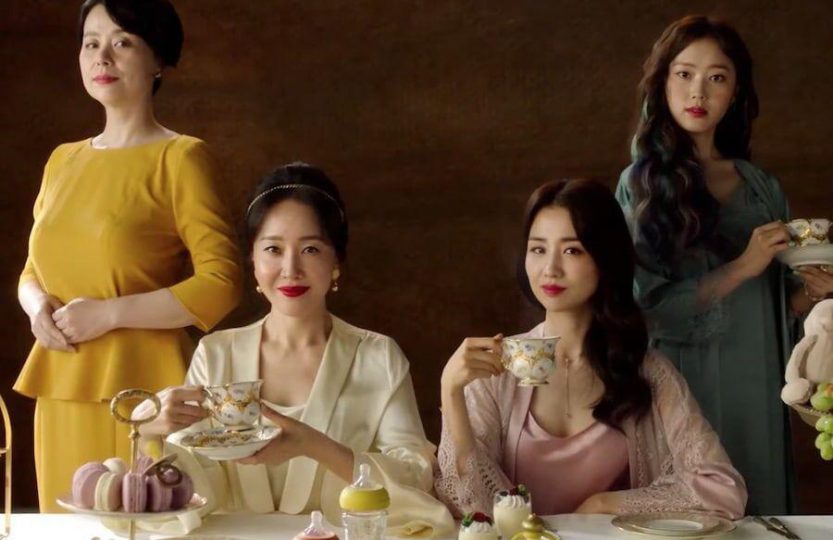 Oh Hyun Jin is in her 40s and she has a very promising career. Suddenly it turns out that she is in an unplanned pregnancy. Until the day of giving birth, she devotes her time mainly to work, but after giving birth she discovers a new, completely different world revolving around the baby. She was not prepared for what awaited her. He goes to an exclusive center where, in wonderful conditions, mothers learn to take care of their babies and themselves after childbirth. Sounds wonderful, but Oh Hyun Jin is struggling to find herself in her new role and in the new environment of Korean mothers. Having a baby is a revolution and this series shows it well. Most women who have had babies know what the world looks like on the other side. This drama shows the purest truth with humor. The dilemmas that a woman has after giving birth are well presented here. With the first child, analyzing even the smallest thing is a huge challenge for confused parents. I like that fathers also take an active part in the life of a newborn child and how they try to find themselves in a new situation. They need to learn how to handle a child and a new version of their wife that they are unable to understand. Women are trying to redefine themselves as persons, as mothers, as partners and accept a new body that has changed after pregnancy. They have to deal with all these unwelcomed good advice from every possible person. This series shows how much is expected of today’s women in terms of motherhood. Once upon a time, everyone was happy when the baby didn’t run hungry and developed healthily, and now breastfeeding can conflict the most peaceful people. The scene of interpersonal conflicts sweeping through the world about breastfeeding and bottlefeeding seems to be over the top (but very funny), but the problem is just that size. I have the impression that this series has collected all the problems faced by young mothers and is trying to give them answers.
The most important thing is to have support from other women, especially other mothers. Unfortunately, the relationship between mothers often looks like a horse race track. At first, you want to slap the head of these perfect mums, but over time you can see that they have their own problems, so you feel sorry for them. I’m glad this drama shows all the relationships between mothers, from the toxic ones to the supportive ones. Who is this series for? For future mothers, so that they know what real motherhood looks like. It’s not sweet like cupcake frosting. For mothers of newborn babies, to let them know they have a right to feel all the feelings they are feeling and that they are not alone with the problem. Everything is fine with them. For women who have already raised children to laugh at what it was like. I have three children, including twins, and trust me, this series is so funny because it’s so real. It seems to me that people who are very young and don’t think about children yet will benefit the least. For them, this drama may turn out to be a total abstraction and I don;t know if they will be able to appreciate the humor resulting from the real dilemmas of mothers. I was encouraged to watch this drama by very good reviews. I didn’t know what to expect, but I really like the lead actress Uhm Ji Won. I know her mainly from her earlier drama “Spring Turns To Spring”. I love her ever since. She is amazing in comedies and guarantees a lot of fun. Anyway, all the actresses and actors did a great job. The great thing about this series is its length – only 8 episodes, and I appreciate that the writers focus on the story and don’t stretch it unnecessarily to those 16 hours.