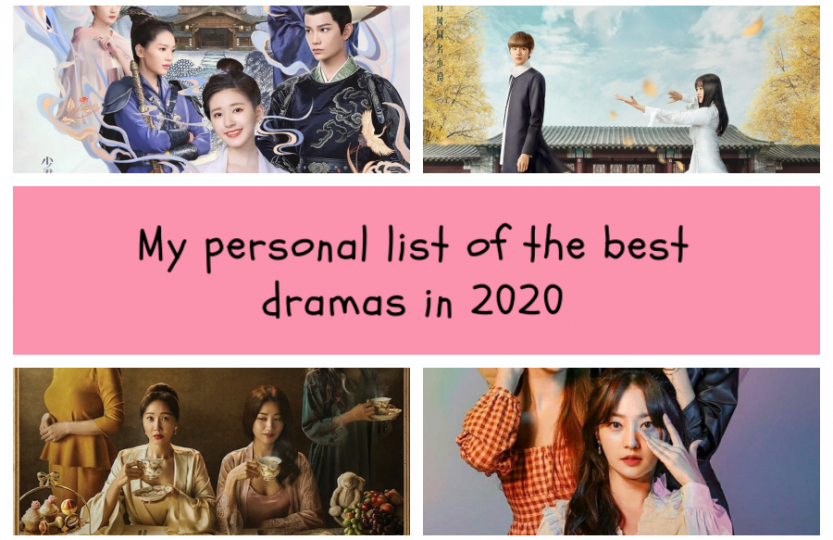 I decided to briefly describe only 7 dramas that gave me the most entertainment and joy. The funniest thing is that I noticed that these are rather unpopular drama, sometimes with poor ratings. Does that say something about my taste? Maybe. I have inner satisfaction that the work of these artists was not wasted, and at least I enjoyed it.

A group of people meet a mysterious woman who offers them that she can turn their lives back exactly one year. When everyone decides to take this step, it becomes apparent that some unknown danger threatens their lives after turning back time.

Each episode of this drama left me with my jaw dropped. Wonderful 12 episodes that keep you in suspense and surprise until the last minute. There is no romance in this drama, but that’s good. It would not fit this amazing story. The well-chosen actors are a nice addition, thanks to whom I became interested in this drama. I am a fan of Lee Joon Hyuk who found himself very successful in his role. I recommend this title to anyone who enjoys time travel, amazing twists and lots of secrets. I didn’t know what was going on. You know the drama is good when you follow each episode. you analyze all possible scenarios. I wish there were more such dramas.
(12 episodes x 70 minutes)

A boy meets a girl who knows his clan’s secret Tai Chi. He sees her potential and secretly becomes her mentor. He tries to prepare her for a very important martial arts competition, in which representatives of all clans participate.

The action takes place in an unknown place, an unknown time, somewhere in an imaginary university where students learn subjects such as calligraphy, traditional painting, and ancient martial arts. Everything is surrounded by beautiful bamboo forests and classic old Chinese architecture. The writers created a peaceful world attached to Chinese tradition. Here, you won’t find chaos from big cities and glass buildings. Tai chi fight scenes are like dancing. I’ve never been fans of martial art movies, but these scenes gave me great visual pleasure. Especially when the girl kicks men in a beautiful way. The drama is played by young actors and it shows. I forgive them for their lack of experience, because they get along well on the set and form a really sweet pair.
(24 episodes x 45 minutes)

3.The Romance of Tiger and Rose (China)

The young screnwriter falls asleep and unexpectedly wakes up in her script as an irrelevant supporting character. Willing to return to her world, she unconsciously makes chaos into the new world. The prince of the enemy city falls in love with her and the whole story begins to fall apart.

Nobody expected such success of this drama, not even the producers. The second season is supposed to be created. This drama is a great light comedy. The plot is very simple and this is its greatest advantage. I really liked the world of matriarchy created by the young drama writer. It was fun to see a world ruled by strong and confident women for whom men are just an accessory. The very well-chosen actors and the wonderful chemistry between them deserve special attention. It was evident that the entire cast got along well. Every role, even the smallest one, was perfectly played. Ryan Ding and Zhao Lu Si made a very sweet and very funny duo. I recommend this drama to everyone.
(24 episodes x 45 minutes)

The story of several young people who start their studies. At the age of twenty, they have to re-establish relationships with their loved ones and answer the question of what their future life should look like.

A short and nice drama. I like its atmosphere. It is calm and natural. This is not an ordinary story about the school life of students. It is a story about learning to be responsible and looking for independence. I like the delicate and sweet romance between Chae Da Hee and Lee Hyun Jin. You can feel that there is an amazing thread of understanding between them. He gives her a breath of freedom, he doesn’t surround her like her mother and her closest friend from school. They mature together, learn their needs. I saw all the young actors here for the first time and I think they did very well with their characters.
(20 episodes x 25 minutes)

Oh Hyun Jin is in his 40s and has a great career. Suddenly it turns out that she is in an unplanned pregnancy. After giving birth, she goes to an exclusive center, where she cannot find herself in a new role and in the new environment of Korean mothers.

A very funny and very true story of young mothers who collide with the reality of a newborn child.
You can read the entire review here.
(8 episodes x 65 minutes)

A young woman around 30, at work she deals with the development of artificial intelligence. She loves all technical innovations without which she cannot imagine her life. One day she meets a firefighter who avoids technical gadgets and social media with all his strength.

This drama has a very low viewership and average plot, but honestly I love it. After the first episode, I wasn’t sure if I would continue watching, but I’m glad I did. I really like how the relationship of the main couple develops. The pace is perfect and the whole process is very natural. If my friend told me that she met the boy this way, I would believe her. The fireman character is super cute. It’s amazing that he’s the same actor who played that scary kid in “Class of Lies.” The main character sometimes annoys me with her naive behavior, but it is bearable, just like the stories of the rest of her friends and the mysterious refrigerator. However, the character of the ex-fiancé is a great humorous element of this production. This drama isn’t over yet, but I hope it won’t let me down.
(10 episodes x 60 minutes)

7.The Bloom at Ruyi Pavilion (China)

Fu Rong, the daughter of a wealthy family, lived a peaceful life until her fate unexpectedly became entangled with that of Prince Su. When a secret organization that sells important information enters their lives, they are in great danger.

I was looking forward to this production because I am a huge fan of the drama “Legend of Yun Xi” and the main actors. Their chemistry was amazing. In the new drama, they play somewhat similar characters, but still, they didn’t disappoint me. I enjoyed watching the supporting couple and their love story the most. You could see them changing under their influence, developing and maturing (especially him). This production had practically no boring moments, which is quite common with Chinese costume drama.
(40 episodes x 45 minutes)

Other dramas from 2020 worth recommending are: