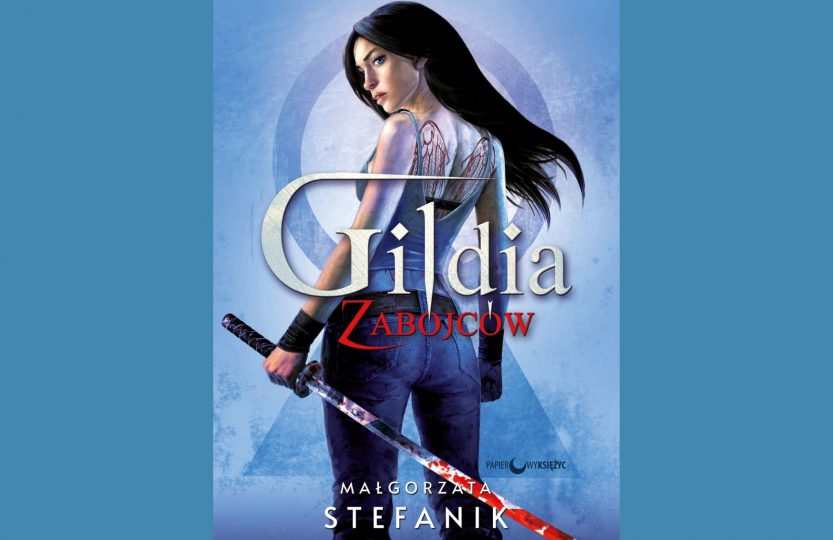 Recently, I was asked for media patronage for the first book by Małgorzata Stefanik (known as Gosiarella), “Assassins’ Guild”  . I was very surprised by this fact, but I was also very happy to be able to support her in promoting her book. I must admit that since Gosiarella announced her writing debut, I was impatiently waiting for a moment for the book to be in my hands. The most interesting thing is that I didn’t know anything about the plot, and I immediately felt that this book would give me a lot of pleasure in reading. Knowing Gosiarella’s online activities and her film tastes, I believed that the girl would bring us something good. I was not mistaken. I have already read the first part of the trilogy about the adventures of Alyssa, a young assassin. I wrote my review. Make a calendar for June 30, 2021, because that’s when Alyssa will enter the bookstore and, I hope, in your life as well.

The book is written only in Polish, but I strongly encourage you to read my review (soon on the blog). Who knows, there might be someone willing to publish this novel in English. I would like Alyssa to find fans all over the world, not only in Poland.

Description from the publisher.

Meet Alyssa, a heroine with two faces: a ruthless killer who murders with a smile on her lips, and a girl who longs for a normal life. Alyssa lives in the shadow of our world, in a world that is only accessible to the elite, where the Assassins’ Guilds are ruled by ruthless kings. When she breaks one of the Guild’s laws, she has to pay for it with her own blood, and the only thing that protects her from losing her sanity completely is the desire for revenge and the vision of meeting her missing brother again.
After six months of torture, the killer girl tries to return to normal life. She receives an invitation from the king of the European Guild to a concert where she meets her future client. Hiding her true nature under the mask of a normal girl, Alyssa develops an ever closer relationship with her client and his friends. Will she manage to complete an unusual order and solve the mystery of the collapse of the family business and the murders from a decade ago? Will she find her brother? What path will she choose? Step into the brutal world of the Assassins Guild to find out.