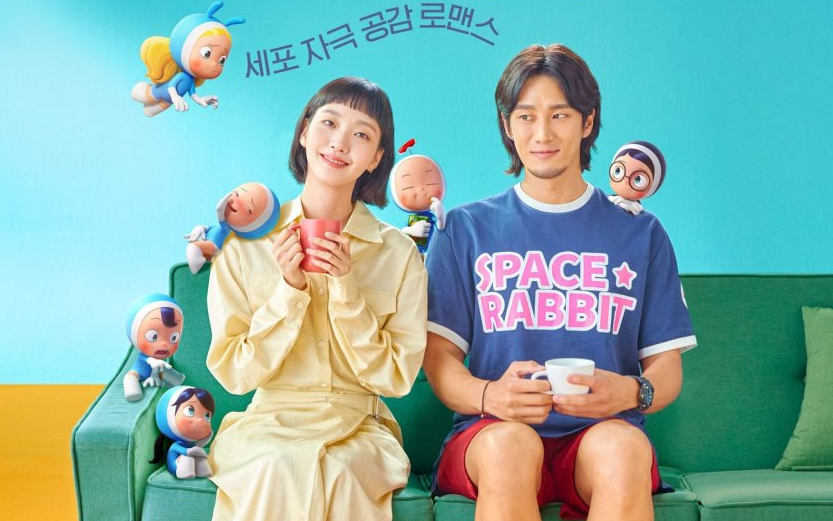 Yumi is a young woman in her thirties who has a crush on a younger work colleague. She doesn’t dare to tell him about her feelings because she still feels the effects of a long and rather bad relationship with her ex-boyfriend. The biggest irony of fate is that her crush puts her on a blind date with his friend. This is how Yumi meets Goo Wong, who is enchanted by her from the very first moment. Despite a lousy first date, Yumi begins to appreciate Goo Wong and opens up to a new relationship.

The drama “Yumi’s Cells” is not some extraordinary love story. What makes her unique is showing the Yumi cells that are responsible for how Yumi thinks and acts. Viewers are able to see what is going on in the minds of young people who struggle with life and a new relationship. At first I couldn’t convince myself to this idea, but over time I fell in love with these little characters who were a constant source of humor. My favorite cells are lust and household chores.

The Yumi we meet at the beginning of the series is a woman with little confidence. In my opinion, she gets into relationships with men too much, gives them all of herself, and at the same time does not communicate her needs to them. Her attitude irritated me terribly. I don’t like such depressive characters. Fortunately, with each episode, Yumi slowly begins to think more of herself, recognize her own needs, and set limits to others. Her relationship with Goo Wong is almost perfect. Their common life brought them closer to each other, but not enough to share their problems with each other. They were both unable to speak clearly about their needs. They didn’t try to sit down and talk about what stage of their relationship is, what are their problems and what can be done about it. Even when Yumi tried to talk about marriage, seeing Woong’s uncertainty, she quickly withdrew from the topic. This unfortunately did not help their relationship. It’s a pity. I believe that with a little work, it would make a beautiful love and a lasting relationship.

The biggest advantage of the drama is the actors. Kim Go Eun is one of the best Korean actresses and a guarantee of a high level. But I was most impressed by Ahn Bo Hyun. I still remembered his sensational performance in “Itaewon Class” and I did not know how he would handle an ordinary romantic comedy. It turned out beautiful. His Goo Woong is kind, straightforward, sincere and caring. It is also extremely sexy. Ahn Bo Hyun has extraordinary physical conditions (especially without a shirt) and he is a great performer in all kinds of love scenes. Hopefully in the next drama he’ll win the race for the heart of the main girl.

“Yumi’s Cells” is a sweet story, great actors and cute OST. I admit I had a hard time watching the drama when I found out that Goo Woong will not be the final one. I hope next season will be so cute too and the cells will be just as fun.