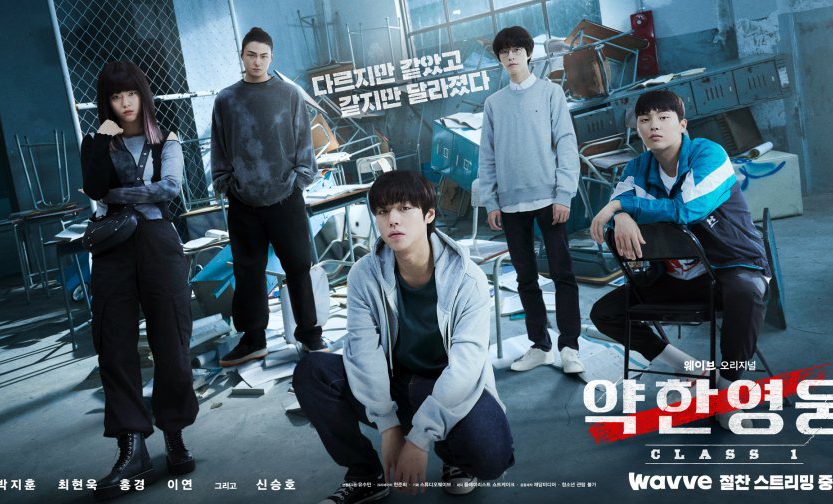 The main character Yeon Shi Eun is a very quiet and calm student, focused on learning, a loner type. His academic success begins to bother some students and he becomes the target of bullying. Yeon Shi Eun is not physically strong, but his advantage is a sharp mind and the ability to exploit the opponent’s weaknesses. He soon develops a closer relationship with the two students in the class, Ahn Soo Ho and Oh Beom Seok, which leads to trouble.

I started this drama not knowing what to expect. All I knew was that it was a drama about student violence. I have a feeling that bullying in schools is South Korea’s national sport. There have already been a lot of dramas about this topic and new ones are still being created. This drama is probably the most brutal I’ve ever seen in this genre. This story is a great example of how violence breeds violence. It doesn’t matter if it’s domestic or school violence. Every form of it spreads through young people like a virus that is hard to control. The drama is only 8 episodes long, but it leaves you with a knot in your stomach long after the last episode is over. If you don’t like a lot of fight scenes, I don’t recommend this show. It’s really brutal and bloody. The heroes are ruthless in combat, and weapons can be anything.

The acting is top notch in every role, even the supporting one. This is my first drama with Park Ji Hoon and I already know it won’t be the last. He portrayed his character perfectly. His Yeo Shi Eun has such a painful look, and his whole person has the aura of a hidden psychopath. As soon as he knew the taste of friendship, he was ready to fight for it until the blood. My favorite character was Ahn Soo Ho (Choi Hyun Wook). He was so free, honest and caring towards the weak. He kept order so that no one crossed the red line. His relationship with Yeo Shi Eun was unique. They wanted to protect each other at all costs, which unfortunately brought them painful trouble.

The ending of the drama was a big surprise for me. I did not expect that the fate of the main characters will turn out like this. The first half was cute at times (Yeon Shi Eun’s first sincere smile scene was really cute), but then things got out of hand. A second season is being announced, and honestly, I can’t imagine the three of them reappearing together. Considering what happened in the first season, it’s going to be really hard. Throughout the drama, there was only one question in my head – where the hell are the adults in this school? Here, parents fail their children, but where are the teachers?

The drama is very strong, but worth watching. It is worth paying attention to the sensational song from the drama’s opening. It captured the mood of the whole story.