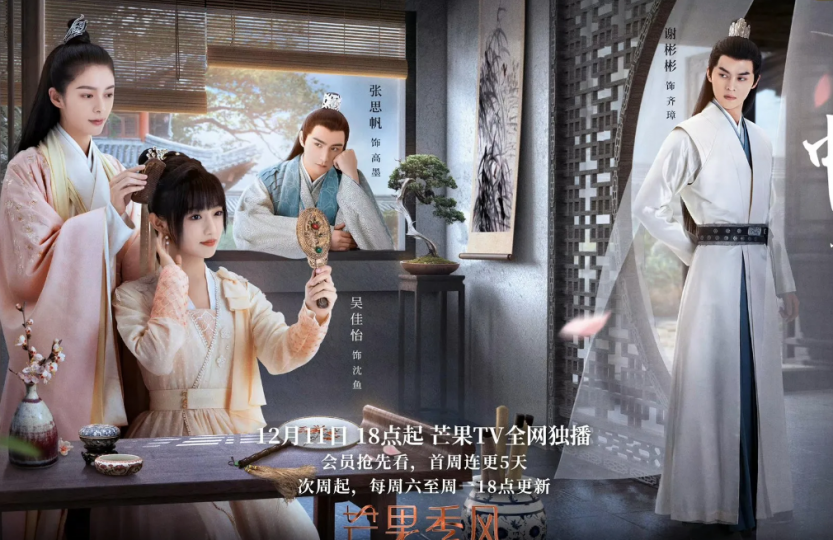 I found this drama by accident, but I’m very glad I did. I didn’t expect to like it so much. The story is interesting and well acted. This drama features 3 actresses that I really liked in other productions. The lead role is played by Wu Jia Yi, whom I loved for her role as Qu Man Ting in Arsenal Military Academy. In addition to her, there are also Jinna Fu (“Shining for One Thing”) and Ke Ying (“A Familiar Stranger”). Xie Bin Bin plays the lead male role. Unfortunately, I haven’t seen him in any drama yet, but here he created a very nice duet with the main actress. I like their relationship and the difference in height looks cute. There’s this business rough flirting going on between them. Unfortunately, the subtitles are still in bad shape, so you have to guess what’s going on, and some names are translated too literally, but it’s still worth it. This drama is the perfect cure for a hangover after “Lighter and Princess”, which in my opinion was the best modern drama this year and, like “Love Like The Galaxy”, set the bar high for other dramas in its genre.

The story begins with the marriage of Shen Yu, who marries a sickly master of a rich family for money. Perfect arrangement. She needs money, and they need someone who will be a show wife, because as it turns out, the groom is hiding a secret from his entire family and the world (except his mother). The newly married spouse is actually a young woman who has been forced to pretend to be a man since birth for the sake of the family. Shen Yu knows nothing about her husband’s true identity. She herself has a secret that will get her into trouble if she reveals it. She wants to find out the truth about the tragedy that affected her family when she was still a small child. She also gets involved in a strange business-spy arrangement with her “husband’s” cousin, who is becoming more and more interested in new young wife in the family.

I’m surprised how much I like this story. I haven’t skipped a minute. The actors are doing a really good job here. I love the main character. She is cunning, loud, brave, honest and saucy. She is not afraid of anything, she has no complexes towards rich and well-born people. She wants to survive at all costs and clear the family’s good name. Together with the prince, they make a fun and harmonious team. Their arguments are the funniest part of the drama.

The producers also promise a sisterly relationship between the “spouses” so there is something to look forward to.This drama is far from such high-budget productions as “Love Like The Galaxy”, but it’s a good and short story (only 26 episodes). I’m on episode 12 and I hope to have as much fun with this drama as I do now until the end. My only complaint is that the main actress, unfortunately, doesn’t look 17, which is the main character’s real age.

Chinese drama Historical drama romance The Letter From The Colud