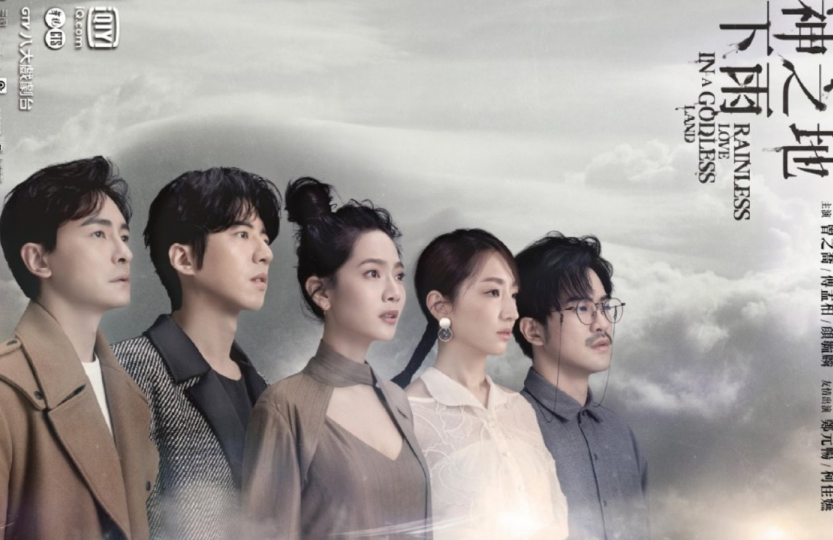 God Kakarayan, who created the whole world, disappointed by the behavior of people and how they destroyed the environment, decides to take his blessing from them. He begins to evacuate all the deities (Kawas) who have looked after mankind. On the day of the last rain, people will be left alone. Xie Tian Di is very religious and believes deeply in Kakarayana. When she learns by accident that she will die soon, she tries to fight it at all costs. Although the god of rain and the messenger of Kakarayana – Orad, explains to her that it cannot be changed, the girl does not give up. By the way, she remembers that Orad has accompanied her since she was a little girl and that he is her guardian angel.

The first thing I thought when I saw the preview of this drama was that it had a beautiful and poetic title. At first I thought it was a drama that would revolve around the bad influence of humanity on nature and Mother Earth, but there was a bit of everything here. The romance was very subtle. This delicate form of a romantic relationship fit the story very well. There were no random or forced kisses, but full of respect and unspeakable feelings. This is what makes this drama stand out. I admit, I missed the purely romantic scenes a bit, but all in all, the last minutes of the last episode made up for it. Overall, the ending is satisfying, though not obvious.
I have the impression that after the end of this drama, its creators left us with more questions than answers. Towards the end, the story got a little twisted and I had to read the subtitles carefully to keep up with what was happening and who really was who. Overall, it was easy to lose a plot if you didn’t watch it closely enough.

Visually and musically, the drama is a masterpiece. We have the opportunity to get to know Taiwan from the side of beautiful nature, wonderful traditions and ancient beliefs. Each episode begins with a beautiful animated story about Kakarayan who made the world, about Kawas, and the people Kakarayan loved but who failed him. All these stories belong to the Taiwanese folklore of an ethnic group called the Amis. Among the members of this tribe were people called Sikawasay. They were a kind of medium that could contact the gods (Kawas). Sikawasay was Xie Tian Di’s grandmother, and it was she who taught her a deep faith in Kakarayana.

I must admit that I started this drama because of Joanne Tseng. I like her a lot, although I don’t think she is a particularly outstanding actress. Fu Meng Bo was my discovery. After the trailer, I wasn’t delighted with him (I didn’t know him before), but during the drama he charmed me completely. At first glance, he has such a non-obvious beauty, but combined with a great figure dressed in well-tailored suits, a warm look and a deep low voice, he becomes a very attractive man. His Orad is unique. Calm, dignified and very caring. The ideal of a man. Alice Ke, who played Toem – the goddess of clouds and lies, also deserves a lot of applause. Her character was very expressive, but at the same time it was not entirely known whether she was really bad or just pretending. And her fashion styling was the best in this drama. Alice Ke is my next favorite Taiwanese actress since the drama “Office Girls”. She’s always great.

“Rainless Love in a Godless Land” is closely related to nature and the respect we owe it. Thanks to this drama, we have the opportunity to remind ourselves that we must take care of the environment, because it is a common good and the source of the miracle of life. Without nature, humanity will not survive. This drama also shows how great a need people have to believe in something that is greater than them, something that will explain to them the natural phenomena that surround them, something that will give them hope. Humanity has always had different beliefs that gave strength and peace. I believe that beliefs strongly associated with nature are the most valuable. It teaches that we are an inseparable part of nature and how to live with it, how to respect it, and that you have to be humble.

Questions I stayed with after the drama ended (spoilers alert)

Why did Orad lose his powers after saving Xie Tian Di, and how did he get them back? (considering who he really is). Why did the Toem attack Kakarayana? Did Toem protect Xie Tian Di (as Kakarayan said) or wanted to kill her because she was jealous of Orad? And this mysterious ending? Has Orad become human or is he still Kawas? In the end, is the human world just a dream (as before) or does it have a more real form?