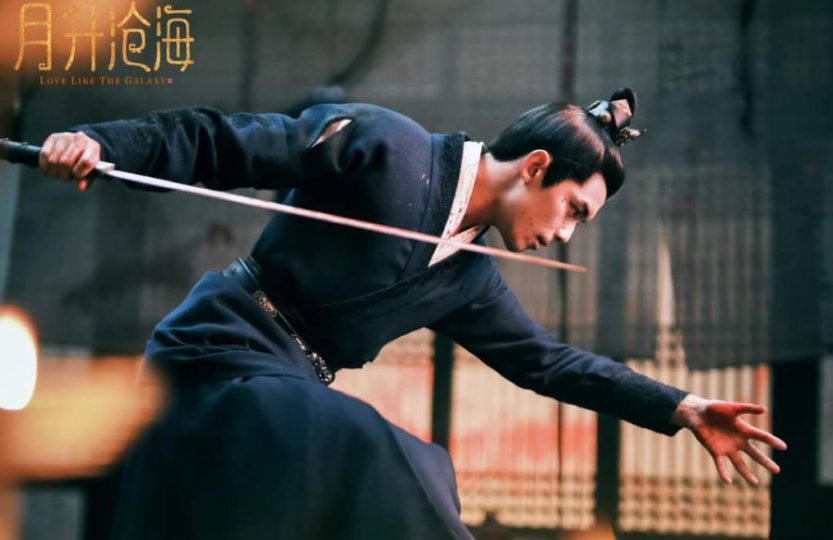 It was a great pleasure to prepare this post because I had the opportunity to revisit these wonderful scenes.

Drama: LOVE LIKE THE GALAXY (this drama has a lot of great scenes, but I chose only four)

This is the scene that made me watch this drama. There’s so much going on here. He seems to be the only one who believes she can help him. Even she has doubts. This closeness and tension between them makes it one of the most sensual scenes in this drama. His intense, passionate gaze betrays him that he loves her with all his heart and is able to entrust her with his life.

I laughed the loudest in this scene. The general, in a very specific way, shows how much he cares about his fiancée and her family. He meant well, but it turned out as always. Episode 27 is one of my favorite episodes of this drama.

The most powerful scene of the entire drama. Here, Ling Buyi exacts revenge and verges on madness. Wu Lei is an amazing actor for such a young age. In this scene, he climbed to the top of acting and performed phenomenally. For a long time after this episode, I couldn’t get myself together. There were so many emotions here.

(Unfortunately, in this particular clip they messed up with the original music, but the effect is still there)

This scene has so few words and so much emotion. Their first meeting after 5 years of separation is full of longing, regret and love. They didn’t have to say anything, their eyes spoke for them. In the background, of course, wonderful music.

I think, quite objectively, that this is one of the best scenes of the main characters coming together in dramaland. This impetuous kiss perfectly shows how many emotions Li Xun has been hiding in these long 3 years. There is a lot of longing, love and passion here. The actors, although very young, played this scene beautifully.

Seung Hyun got drunk and secretly slept in his girlfriend’s room. In the morning, when he tried to escape quietly, her father caught him. The scene at breakfast and the parents arguing was hilarious.

Seung Hyun and Eun Kang are super cute in this short scene.

Drama: THE DAY OF BECOMING YOU

Of course, when a guy swaps bodies with a girl, he has to hit the days of her period. A very funny scene, and Zhang Xin Cheng was great in the role of a woman trapped in a man’s body. Bravo!

Drama: LOVE BEHIND THE MELODY

I come back to this scene often. The girl wanted to prove her musical skills by giving an unexpected concert on the roof, on an old used instrument. This scene has unbelievable energy with great music. I didn’t know that I would like traditional Chinese music so much.

It was a very funny scene. A serious boss and his furious assistant have a furious pillow fight and neither of them wants to let go.