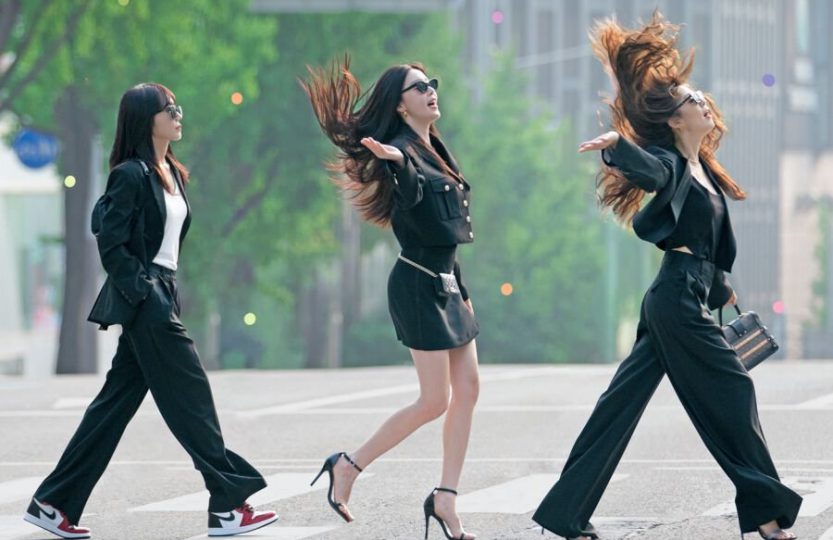 The first two episodes of the new season close the part dedicated to Ji Yeon’s illness, which was started in season one. The girls suddenly disappear for two years and move to the mountains. They live like total hermits. When Ji Yeon’s treatment works and the results are satisfactory, it’s time to return to their old lives. Of course, it’s not easy, but our girls can handle anything. So Hee returns to her old job on variety shows, Ji Goo does a delivery job, and Ji Yeon teaches a yoga class.

At the beginning of the first season, I thought this drama was just a comedy about girls who get drunk almost every night. Over time, it turned out to be a wonderful story about a beautiful sisterly friendship, family, mutual support in hard times and finding your own path in life. The second part is a little less funny, but just as touching as the first. The girls continue to make crazy decisions, support each other in the worst moments, and try to survive their first major argument. In the latest episodes, we have the opportunity to learn more about the girls’ personal stories, their families and special relationships with their mothers. These were wonderful and touching episodes showing how much the relationship with the mother has an impact on growing children. We also get to know the moment when they tried alcohol for the first time.

This season, the girls begin to see how much their friendship affects each of them individually. Once someone had told them that as long as they spent every free moment together, they would never get married. Their friendship is the best thing that has ever happened to them, but the time will come to move on to a personal journey. When you stay in one place for too long, you stop growing and you start to lose yourself. The time has come for each of them to make personal decisions and leave the comfort zone they created together.

I am glad that this season we get to know more interesting characters from their professional and private lives. Kang Ji Goo finally made a steady connection with the artist who had been merely a follower of her origami channel for the entire first season. Slowly, she begins to let someone other than her two closest friends into her world. An So Hee and Director Kang try to define their relationship while not losing the job they both love. Director Kang, as always, is a strong supporter of An So Hee, although he struggles with problems in his private life that he can’t handle. Ha Ji Yeon and her problems were quite important in this series. She is the only one of the three to have no relatives. Her only family is these two girls. We get to know exactly the story of her mother, who raised her alone. Since her death, Ji Yeon feels like she has no roots, she can’t settle down, and she’s afraid that if she loses her friends, she’ll be all alone.

Work Later Drink First 2 completes the first season very nicely. It doesn’t look like we’ll see any more of these crazy girls’ adventures. Maybe that’s good. Their lives slowly began to fall into place and they still have each other.
Both seasons are on my list of favorite dramas.