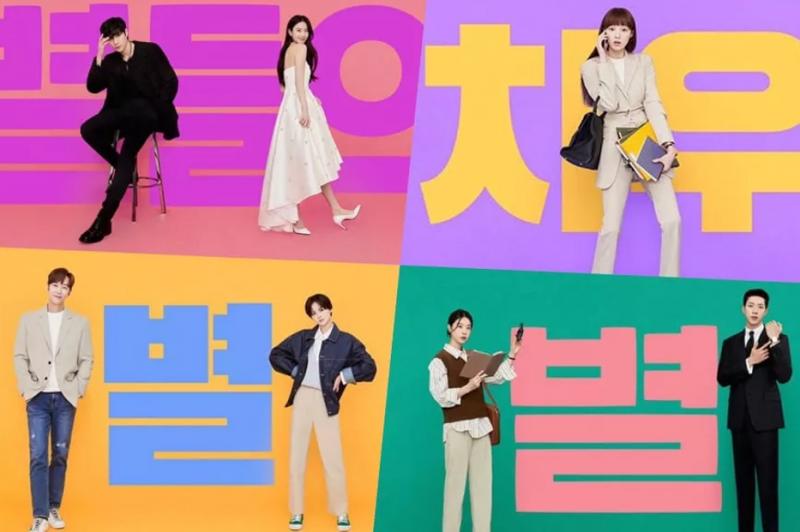 I won’t lie if I say it’s one of the coolest dramas I’ve ever seen. A wonderful and very funny comedy about the backstage of the entertainment industry, in which there will be both a wonderful romance (or even several romances) and a moment of reflection on the lives of celebrities. I don’t know another drama like this that would try to show the viewers in such a precise way what the life of people associated with the entertainment industry is all about, what problems celebrities have. Their managers and PR departments, who have to clean up the mess often caused by malicious gossip, also have hard lives.

This story is about the entertainment industry in a nutshell. Everything is here. Celebrities with the status of gods, aspiring actors, malicious anti-fans, crazy psychofans, celebrity gossip and dating scandals and many other interesting aspects. What I liked the most were the wonderful, likeable characters that worked at Starforce. From the director, who was seemingly very demanding (but in fact he was like a father to all employees), to the beginning actors and their managers.

I was worried if the main pair of actors would be able to build a satisfying chemistry, but they did a great job. Their romance was very well built. It is also worth paying attention to one of the funniest bromances I’ve seen in dramaland. The celebrity and his lawyer neighbor developed a wonderful and hilarious relationship. They had huge competition in the form of two managers Kang Yoo Sung and Han Dae Soo, who were fighting with each other for the best contracts, arguing but also being friends. I love their scenes when they tried to control their young and debuting actors.

Honestly, this drama is perfect. Likeable, very funny, well acted, very skilfully touching important issues related to the world of the entertainment industry. I have nothing to complain about. Really. After watching the last scenes of the last episode, such a wonderfully satisfying feeling came over me. The ending is very positive, thoroughly closing all the threads of all the characters. If you are looking for something funny, light, nice, I can wholeheartedly recommend this drama.